HOW TO MAKE SIMPLE SHOULDER EXERCISES PROGRESSIVELY MORE CHALLENGING BY INCORPORATING THE CORE
By Monika Tarkowska-Carter, CPT, LWMC, HLC 2
This video shows how you can take very simple shoulder exercises with dumbbells and make them more challenging by incorporating a lot of the core muscles, and in some cases also working on balance. This way you will get a more overall workout, and burn more calories at the same time by using more muscle groups. Therefore, this kind of training is very beneficial in weight loss programs or when time available to work out is an issue.
I would not recommend doing any overhead exercises if you have neck issues of either known or unknown origin. You have to be able to stabilize your spine, and especially the cervical part of it, correctly, before you can attempt lifting any weight overhead. You should also have a fairly good core control to be able to protect your lower back from overarching while extending your arms overhead under load.
Please, do a 5-10 minute warm-up before starting any exercises.
If you are a beginner start with very light weight, let’s say 5 lbs for women and 8-12 lbs for men, and work on the form first, before increasing the weight. Start with 1 set of 12 repetitions and go up to 15-20, depending on what you can comfortably tolerate. Always make sure you can do 15-20 reps with a lighter weight before you start lifting a heavier one. Proper control and form is paramount in these exercises. All of them are done slowly but with very little (30 seconds) or no rest in between the exercises. Make sure these exercises are done as part of your routine and alternate each one with an exercise for a different muscle group. You could do a back exercise, followed by one of the shoulder exercises, followed by a bicep exercise. Don’t do them all in a row. These are just variations. Try to work up to 2-3 sets of 12-20 repetitions.
These are great exercises if your goal is general fitness, weight loss or toning. They can sculpt your muscles beautifully, giving them nice definition. They are NOT the best for increasing strength or hypertrophy as exercises for this purpose should be done in a more stable environment and with considerably heavier weights.
Please, always consult your physician before beginning any exercise program.
Posted by Fitness Science Inc at 3:53 PM No comments:

FROM EASY TO SUPER CHALLENGING EXERCISES FOR CHEST AND CORE MUSCLES
By Monika Tarkowska-Carter, CPT, LWMC, HLC 2
In this video I am showing many options for chest exercises that involve most of the core muscles and use minimal equipment. You will get an amazing workout and get the benefit of using a lot more muscles than you would with typical isolation exercises.
Please, always do a 5-10 minute warm-up before any exercise.
Depending on your level of muscular strength and endurance, as well as your level of stabilization, do 2-3 sets of 12-20 repetitions. If you are a beginner or are not very strong, you might want to start with just 1 set. Remember that these are just variations, from the easiest to the most challenging, so don’t try to do them all in one workout. They can be a part of any routine you normally do, whether a full body, chest and back day or chest and triceps day. The great benefit here is that your core will be working so hard that you won’t need to do many additional exercises just for abs. Also, the total calorie burn from this type of workout, when you incorporate as many muscles as possible into each exercise, is much higher. Therefore, these are great choices if your goal is weight loss or general fitness or you simply have limited time to exercise.
Perform all these exercises slowly and with no rest, going onto a different exercise (for example, back) or take only a 30 second rest between sets so your heart rate stays up.  Don’t rush – it is harder to do these exercises slowly and your muscles stay contracted for a longer period of time.
Always make sure you can do the simpler exercises correctly and without any strain before progressing to more difficult variations.
Please, consult a physician before beginning any exercise program.
Posted by Fitness Science Inc at 3:17 PM No comments:

SIMPLE EXERCISES YOU CAN MAKE PROGRESSIVELY HARDER TO GET AN AWESOME BUTT
By Monika Tarkowska-Carter, CPT, LWMC, HLC 2
This is the first in a series of videos to show you how you can take exercises that most of you know from the gym and create a killer burn workout with almost no equipment.
Glutes – Part 1 focuses on the gluteus maximus muscle as well as legs and core. It shows the variations on squat and lunge exercises.
Part 2 shows different variations on a deadlift.
Make sure to do a 5-10 minute warm-up before starting any of the exercises, perform them slowly but with either no rest in between sets or up to 30 seconds of rest only.
Do 12-20 repetitions depending on the level of your strength, endurance and balance, starting with no weight and progressing to higher weight only when you have mastered the previous level. Start with 1 set and increase to 2-3 sets in the following workouts as these exercises can produce extreme soreness.
The exercises I am showing here are amazing for shaping your buttocks and legs and even though they look pretty easy on the video, your muscles will be screaming from burn.
Please, always consult your physician before starting any exercise program.
Posted by Fitness Science Inc at 12:57 PM No comments:

SLEEP LESS – GAIN WEIGHT: HOW THE AMOUNT OF SLEEP AFFECTS YOUR HORMONES AND YOUR PANT SIZE
By Monika Tarkowska-Carter, CPT, LWMC, HLC 2 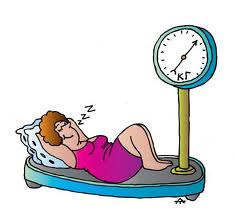 Every day we are faced with troubling statistics about the health of Americans. We are the fattest nation on Earth, with 65% of us being either obese or overweight. We all know that this very fact increases our susceptibility to so many diseases: heart attacks, strokes, cardiovascular disease, high blood pressure, diabetes and insulin resistance, asthma, high cholesterol, metabolic syndrome, cancer, etc., etc. The list goes on and on.
We take more medications than ever in our history, yet we struggle more, not less, not only with diseases, but also depression and, as recent statistics show us, insomnia, or just plain lack of sleep.
Could this fact somehow contribute to our ever-expending waistlines? Could we become slimmer just by sleeping more?
Recent research shows that the answer is YES. A few of the hormones produced by our body are responsible for predisposing us to weight gain when the body is faced with sleep deprivation. 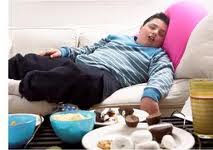 One of them is leptin – a hormone released by the fat cells that tells your brain you’re full and signals satiety. The other one is ghrelin – a peptide secreted by the stomach that stimulates appetite. When people get 7 hours of sleep or more, on average, the amounts of these hormones in the blood remain at their normal levels. With lack of sleep, however, the levels of leptin go down and the levels of ghrelin increase, causing you to be less satisfied after you eat, perceive that you’re still hungry, as well as eat more since your appetite is stimulated. Translation: weight gain.
Interestingly, in the study done on subjects whose sleep was restricted to 4 hours per night for 6 days, the level of plasma leptin so drastically decreased that it was comparable to restricting calories by 900kcal/day for 3 days. These subjects received the exact same amount of calories and had similar levels of physical activity as when they were fully rested (1), which means that the lowered leptin levels signaled a state of famine to the body, even though there were plenty of calories available. Whenever our bodies perceive famine, they start conserving energy and storing calories instead of expending them. Translation: weight gain.

Studies done at the University of Colorado and at Stanford University in California, that measured the levels of the above hormones in sleep deprived people, showed that not only did cravings for high carbohydrate, high calorie foods increased by 45% in the test subjects , but their body fat percentage was also higher. The level of body fat was inversely correlated to their sleep patterns. The weight was the highest in subjects getting the fewest hours of sleep.
The other hormones that may affect your pant size just as much are insulin and cortisol. With sleep deprivation, your body’s ability to use insulin effectively deteriorates, causing insulin resistance and resultant storage of fat. Translation: weight gain.
The findings from a Dutch study conducted by Esther Donga, director of Leiden Medical Center in the Netherlands and published in the Journal of Clinical Endocrinology & Metabolism (JCEM), showed that partial sleep restriction during a single night reduced some types of insulin sensitivity by 19 to 25 percent. (2)
"Our data indicate that insulin sensitivity is not fixed in healthy (people), but depends on the duration of sleep in the preceding night," the author wrote in the study.
"In fact it is tempting to speculate that the negative effects of multiple nights of shortened sleep on glucose tolerance can be reproduced, at least in part, by just one sleepless night."
In a study conducted by U.S. scientists published in 2009, people who slept less than six hours a night were 4.5 times more likely to develop abnormal blood sugar readings in six years compared with those who slept longer. In fact, studies on glucose levels in sleep deprived people show that “….less than 1 week of sleep restriction can result in a prediabetic state in young, healthy subjects”. (3) Translation: weight gain.
Hormone cortisol, or stress hormone, as it is commonly known, might have something to do with our expending waistlines as well. Cortisol generally has the tendency to make the body store fat, especially in the abdomen area. 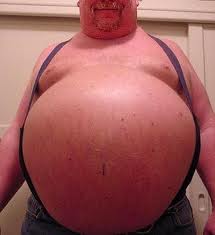 Recent studies looked at the impact of chronic partial sleep deprivation on hormones, metabolism and immune function. The first documented effect of partial sleep loss was an increase in the early evening levels of cortisol. (4, 5) This is likely the direct cause of the development of insulin resistance, a huge factor in both diabetes and obesity. (6) Translation: weight gain.
On the other hand, thyroid-stimulating hormone, or TSH, was hugely decreased during the night in sleep deprived subjects, with the overall mean levels reduced by more than 30%. The result would be a drastically decreased metabolic rate and a much smaller amount of calories burnt. Translation: weight gain.
The secretion of Growth Hormone, or GH, which has anti-insulin like effects, was also altered and might therefore adversely impact glucose tolerance. Most likely translation: weight gain.
It turns out that lack of sleep has much more profound influence on metabolic regulation than previously thought. So make sure you get at least 8 hours of good quality sleep each night and you might find that your struggle with weight is going to get much easier. If only we could just wake up 5 pounds lighter……oh well, at least we can dream about it. 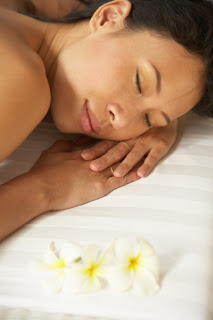 Call For A Free Consultation Appointment

Promote Your Page Too

Why Can't I Lose Weight? Learn the Secrets from Monika Tarkowska-Carter

Should I Eat Every Three Hours for Optimal Health and Fitness?

Do I Need A Lot Of Cardio To Lose Weight? West LA Fitness Expert Has The Answer!

Will Three Shakes A Day Keep The Excess Pounds Away? LA Nutrition Expert

How Do I Get Ripped? West LA Fitness Expert Reveals The Simple Solution To Getting Ripped!

Is Cardio Your Best Friend or Worst Enemy for Weight Loss? West LA Fitness Trainer Clues You In

What Should I Eat? How Food Impacts Weight Loss and Fitness

What Cardio Exercise Should I Do? Fitness Expert Explains

How To Lose Weight Fast? Personal Trainer Gives Inside Scoop